Let’s be honest here. Thanksgiving Day is not a celebration for everyone. There is a people group that is forgotten during this time of the year. We call them Native Americans. The Natives, from our understanding, were the first people group to live on this land we call America.

Our nation is guilty of the greatest tragedies this world has ever seen.

Before our nation was officially established, there was the shedding of thousand and thousands, if not millions, of innocent blood and lives. To this day, we still suffer from the atrocities and the decisions of the so call leaders of the “free world.”

It was not until the last two years, or so, I began to grieve during this holiday season. Call it an awakening or having a better understanding of history, I now can see and somewhat feel what my ancestors faced. Being bi-racial (half white and half black) I have somewhat experienced both sides. What I mean by this, I have been on both sides of the fence, where I have been mistreated poorly, and I have been treated with privileged. Either way, I grieve for both sides of my ancestry.

Turn on the news, and you will see, we are a nation struggling to know what it means to live out justice and equality, especially toward people of color. So many leaders have fought for change, yet and still, here we are in 2015, and it seems like we still haven’t got anywhere. People of color are still mistreated, protesting, marching, losing lives and wanting fair treatment. When will America wake up?

#BlackLivesMatter – What is it?

The ‪#‎BlackLivesMatter movement is not a violent movement. The media constantly tries to portray negative images of blacks. There is nothing new there. #BlackLivesMatter is a movement about peace, equality, fair treatment and justice. This movement brings awareness to this world about the unfair treatment blacks have to continue to face. Saying #BlackLivesMatter and supporting this movement does not mean other lives do not matter. All lives matter, this we know, but we cannot dismiss or try to downplay what’s happening towards blacks.

This is a battle blacks, and people of color have been facing since white Europeans took over someone else land and began in their quest to destroy every other person of color. May we not forget our terrible history and discover the truths our school systems did not reveal to us.

While we are in a season of thankfulness, this should also be a season of forgiveness. America we owe an apology first to Native Americans, then to blacks, and then to Latinos.

What can you and I do?

As a nation, we have to admit to our poor history. We may say we were found on Christian principles, but I think you and I know, from our history we were and still are far off from living out Godly principles. Call it misinterpretations or Bible gone wrong, we have to come to an agreement that something needs to change. I believe change starts with you and me, doing what we can to bring change and to influence those we have a relationship with to do the same.

Let’s be people of action. First start with confessing!

I became an unashamed born-again Christian at the age of 17. Before the age of 17, I was a full-blown immature child. When it came to relationships with the opposite sex, I was no good. I struggled. Lying, manipulating, poor treatment and just doing whatever I wanted.

I didn’t grow up with great representations of how a young man should treat a lady. I learned how to treat women from the movies I watched, from my boys and what I thought in my head was right. So when God got a hold of me at 17, I knew there were many changes to be made. Starting with my view on love, relationships and women.  END_OF_DOCUMENT_TOKEN_TO_BE_REPLACED 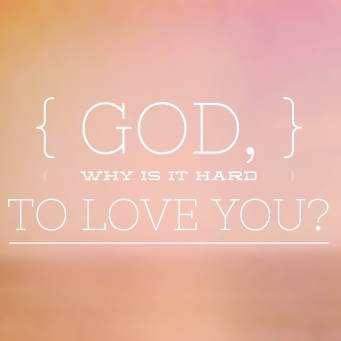 Surely, God is the center of our life. Surely, He is the best thing that has ever happened to us. Surely, He’s been there for us through the good, bad and the ugly. But wait… Why do we have a problem with loving God?

Love, as we know it, is an action. It is a verb, meaning we should be acting upon the love we say we have. What I want to draw to your attention in this post is how our love should be lived out daily, not just talked about daily. In particular, our love to God. Our love to God should come out of obedience. Here’s why I believe this: Take a look at this verse.

This verse continues to work on my heart. In other words, Jesus is saying here, “if you really are about that life, if you really are down with me then you will follow what I say.” He didn’t quite say it like that but sometimes I translate in the hood version so I can better understand.

“You don’t have a sin problem, you have a love problem.” – Henry Blackaby

I’ve been there before. Being full with hatred in my heart, not quite understanding why it was there, I had to desperately seek God for years. I had to cry out to Him, have long talks and walks with Him. Many times I had to ask God to rid the anger and hatred in my heart. I still don’t fully understand why this hatred was there. All I know is, God, over the years helped me overcome this hate. Maybe, you need to allow Him to do the same for you.

My last thought towards why it is hard to love God is the love we are to have for our brother(s) and sister(s). If the love of God is in us then how can we hate another human being? If God’s love is in us, how then can we say I hate this person? We love a God we have never seen and we hate a person we have seen? Nah, that is not the love of God in us.

P.S. God wants to destroy the hate in your life and fill it with love. Trust me, He had to do this for me!

Have you ever wronged a person, broke someone’s trust, ruined a friendship and desperately wanted them to forgive you? If you have, do you remember how guilty, shameful and disgusting you felt after the decision you made? In that moment, I am sure you questioned if the person would ever forgive you.

There have been times in my life when I have been on both sides of the fence. I have done wrong and I have been wronged. Either way, both sides are not fun at all. What is a person to do when they have broken the circle of trust and cannot get the other person to see they are truly sorry for what he/she did? Well, I’ll tell you one thing, there is no easy answer to this question.

I have been reminded on today, that there is a God who forgives all. (Thank God!) I am reminded of this for this simple reason, God’s forgiveness matters the most. When I wrong someone not only have I hurt the person but I have hurt God. I have sinned against Him. My first line of action should be turning to God to seek forgiveness from Him. I should be letting God know how dumb and unthoughtful it was to make the decision(s) that was made. After I seek forgiveness from God then I should seek the forgiveness of the person(s) I hurt.

Each day I am amazed that God desires and chooses to forgive me of my sinful heart. He doesn’t have to forgive you and I. You may wondering, how do you know when God has forgiven you? From my experience and what I see in the Bible, it is when you turn to God sincerely, pouring your heart out to Him, confessing your wrong doings and turning from those decisions is when you know you can move forward. (Of course this may take time getting over and working through but at least you know forgiveness has been granted to you by God.)

Lastly, I will leave you with this: After you have done wrong or wronged someone, please pray for the other person. Yes, you feel bad but imagine how the other person feels. They are shattered and broken. They need God to heal their heart just as you do.

God can mend broken relationships. He can help both of you overcome and move forward. The relationship may not go back to the way it was but the important factor is, the people involved sought forgiveness from God and each other. Always remember, God can forgive and so can you. Don’t be selfish and prideful. Pour your heart out and allow yourself to move forward! #TGIF

P.S. This may not make sense to some but I believe it is the best way of going about seeking forgiveness. Of course if you know you are wrong and did wrong, apologize immediately. This blog is focusing on the big picture of forgiveness.